It was a distinct honor and privilege for Amata to meet the Prime Minister of Vietnam recently. At the reception, chaired by Prime Minister Mr. Pham Minh Chinh and attended by Siam Cement Group Chairman and CEO Mr. Roongrote Rangsiyopash and Amata VN CEO Mrs. Somhatai Panichewa (as seen in the picture), the parties discussed the US 5-billion petrochemical project in Ba Ria-Vung Tau province.

SCG has invited Amata to study setting up a Smart Petro City next to their project, which is the largest investment of SCG outside of Thailand.

Receiving SCG Chairman and CEO Roongrote Rangsiyopash and Amata Vietnam CEO Somhatai Panichewa in Hanoi on February 16, PM Chinh showed his delight at the growing strategic partnership between Vietnam and Thailand across all fields, especially economy, trade and investment.

Thailand has been among the top 10 trade and investment partners of Vietnam for many years, he noted.

Leaders of the two Thai firms briefed the Vietnamese PM on the progress of the southern oil refining and petrochemical project, which is the largest of its kind that the SCG has invested. Its second phase will be implemented with most advanced technologies following the direction of circular economy, they said, giving a number of proposals on the implementation of projects in Vietnam.

Noting down their proposals, PM Chinh pledged that Vietnam will continue to accompany and create optimal conditions for investors in general as well as SCG and Amata in particular to successfully and effectively operate their business in Vietnam. The SCG should use the most advanced, green and clean technologies for the project, while assisting Vietnam in improving its governance capacity and attracting green financial resources, he said.

Earlier, on the occasion of 45th anniversary of Vietnam – Thailand diplomatic relations, Mrs. Somhatai Panichewa said “We believe in the growth of Vietnam. That is why we have been in Vietnam for more than 26 years, with developments in both North and South Vietnam. The Vietnamese government is continually improving its social-economic development, which is in line with the development of AMATA VN as we transform our businesses towards the Smart City.” 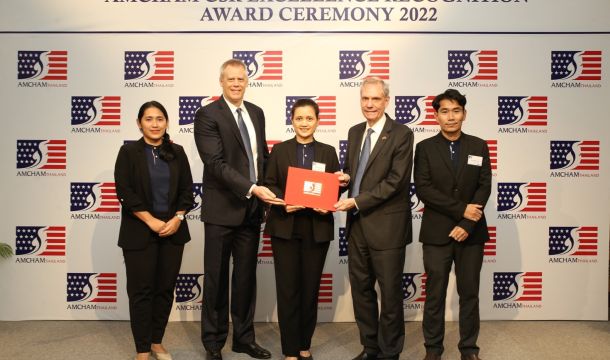